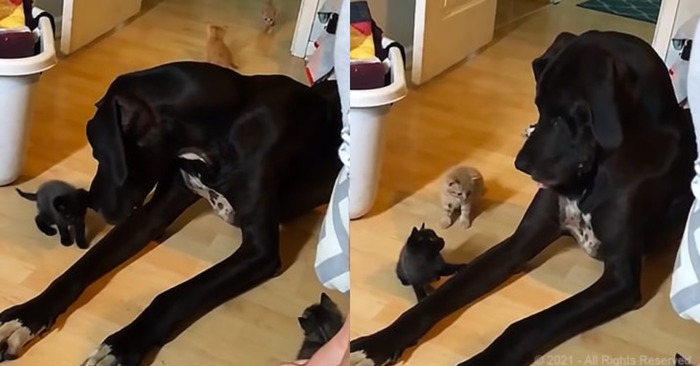 The giant is very cute with tiny canines.

Big Dany Bagheera was unexpectedly surrounded by tiny canines, and he knew clearly how to handle them. 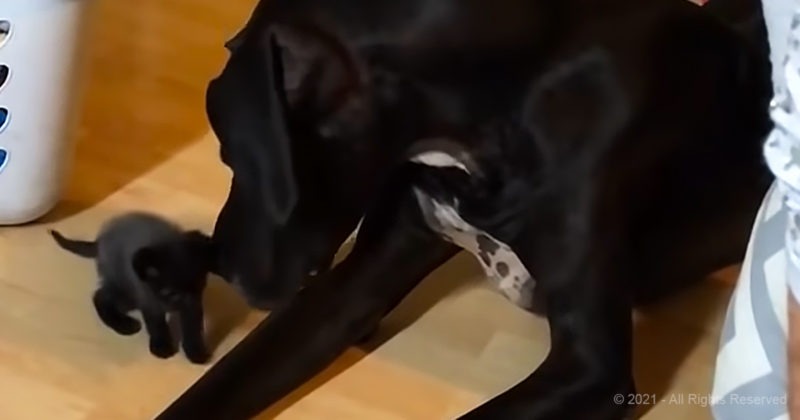 At the time when we hear that two people are fond of cats and dogs, we instantly imagine their struggle. A common cliche is that cats and dogs can no longer live in peace with each other, much less be fellows.

But Big Dani Baghiera and the tiny fluffy canines defied that stereotype and showed the world how tender, sweet, as well as incredible companionship between cats and dogs, can be.

Bagheera is an enormous black Great Dane with a striking coat and a meek disposition. He was lying on the ground when unexpectedly he was filled with several tiny clams.

They were quite tiny canines, just beginning to investigate the world, and they were fascinated by the huge size of Bagheera. So, they rolled, ran as well as swayed in front of him, admiring his long legs as well as huge growth. 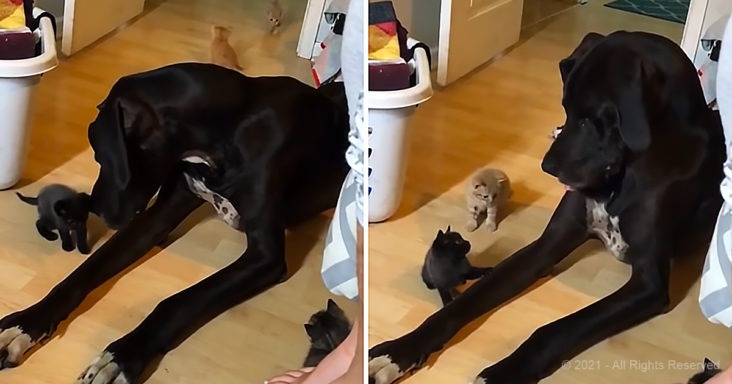 It would be effortless for Bagheera to just kick them, or worse, smash them with his huge paws or use his mighty jaws on them. The cats were so breakable that they didn’t stand a chance.

But none of this took place. Bagheera could tell clearly how softly and carefully he had to handle them, and at first, he hardly moved as they detected his body. After that, he lifted his gigantic paw and tenderly, quite tenderly stroked the plump tiny head.

He did so well that the mother cat only checked on her once and after that, calmed down, trusting her precious babies to Bagheera’s gigantic but secure paws.