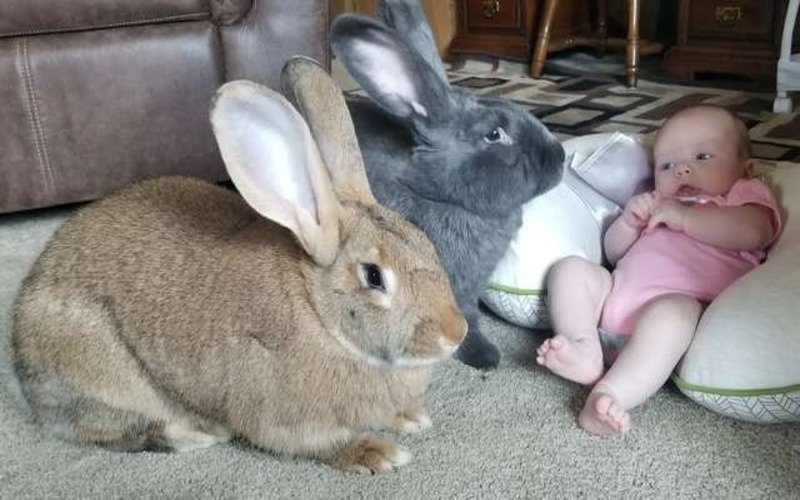 Coexistence of a newborn baby and pets under the same roof is always a dilemma for parents – how safe is it and will there be good things instead of bad ones? Especially if the animal is non-standard, not the usual cats and dogs, but … rabbits. Yes, not decorative, but gigantic, much larger than the baby itself. We liked the story of young Bailey and her volunteer nannies – Alfie and Amelia and wanted to share it with you. 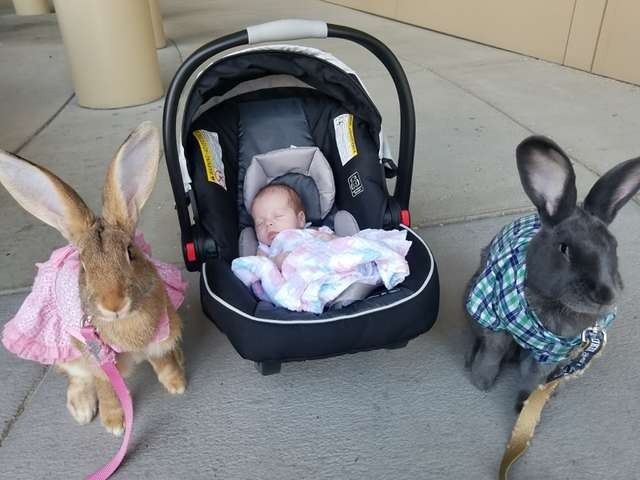 A pair of giant rabbits, Alfie and Amelia, live freely in the Eckert family home on their ranch in Wisconsin. And they take an active part in family life, for example, they were among the first to go to meet the newborn Bailey in the hospital. The rabbits tried to be next to the cradle, and then they began to show with all their appearance that they would protect the girl 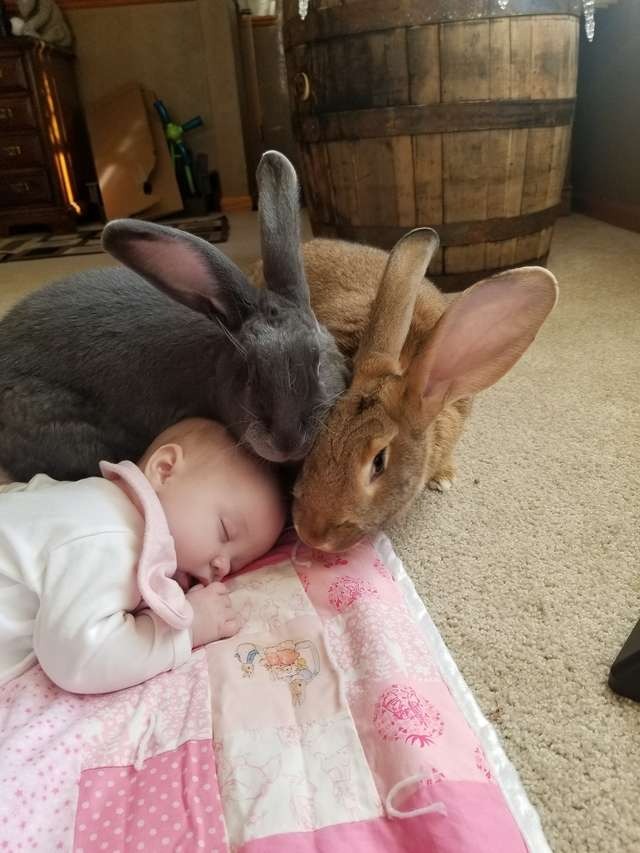 And it doesn’t matter that rabbits have larger ears than Bailey herself, she is growing rapidly and already perceives them as her friends. Alfie and Amelia will always make sure that the child falls asleep, and will stay close to protect the girl’s sleep. They willingly accept treats from her little hands and tolerate when Bailey awkwardly tries to stroke them. Rabbits are more than responsible for their mission, but there is no need to argue with them.  They are peaceful creatures, but why should we risk? 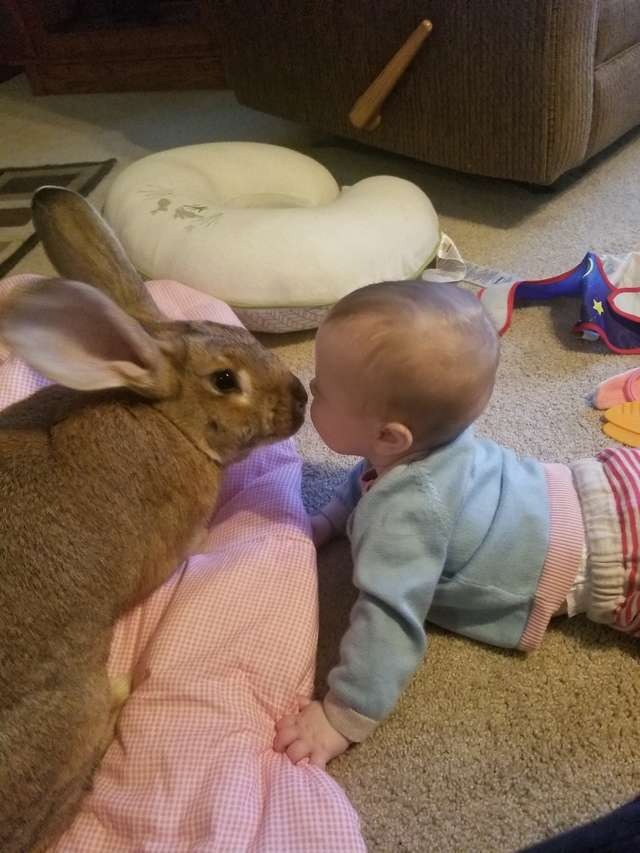 Mom Jenn Eckert took advantage of this situation to promote her rabbit therapy project. The same as with therapy dogs for sick and old people, but this time with rabbits. Five years ago, long before Bailey appeared, her husband gave her the first big rabbit and subsequently fiddling with him helped Jenn survive the death of her parents. Alfie and Amelia are already the third generation of rabbits in their family and from the first days they were raised as therapeutic animals. The experience of interacting with the baby only proved that the mother was right. 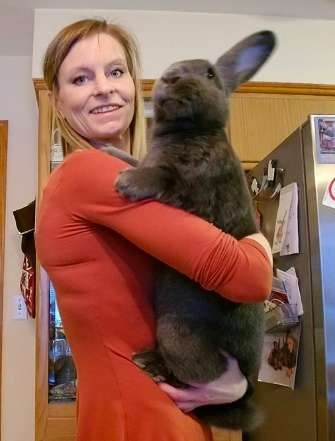 Rabbits have a number of advantages over dogs, for example, they do not bark and therefore are less likely to scare a child. They also have funny ears and soft fur, and with proper training, animals learn to accept the caress of human hands just as well as cats do. Alfie and Amelia have been trained for a long time and they will live at least ten years, and therefore they will become the best friends of little Bailey. 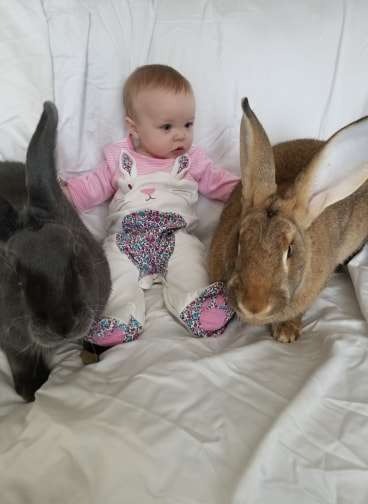 When the girl is a little older and ready to travel, they will start visiting nursing homes. Jen Eckert needs to gather material to be certified for the use of rabbits in therapeutic work, which means a lot of work in that field. She plans that when Bailey learns to walk and talk, the girl will be able to “introduce to the public” her favorites and arrange demonstration games with rabbits. A great example!