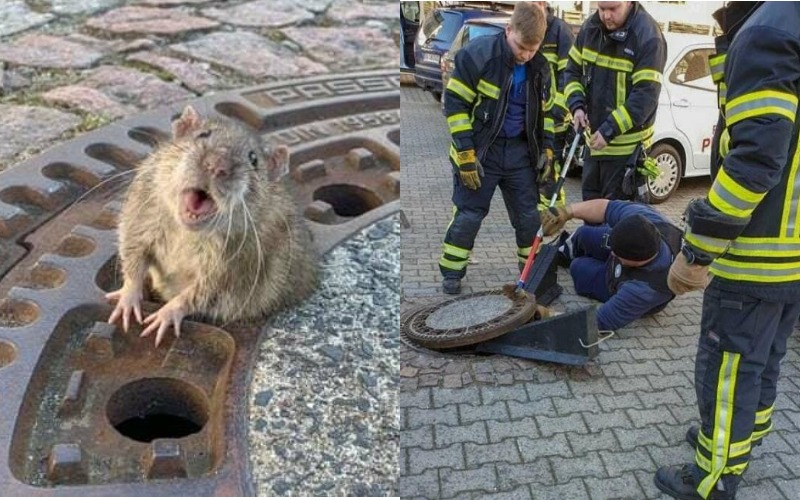 Very often the job of rescuers is not only to save people, but also to save animals. The firefighters of the city of Bensheim were also faced with this task: they had to pull out a rat which was stuck in a hatchway. The animal was not only unable to get out on its own, it could not even move. Fortunately, he was noticed and the professionals were called for help. 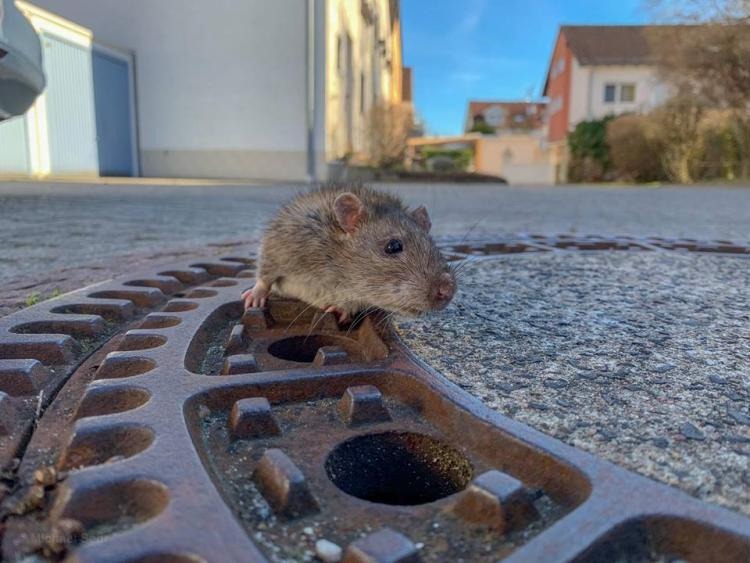 The cause of the problem was the rat’s excessive gluttony. It  had eaten so much over the winter that it could not crawl through the hole in the  hatchway. 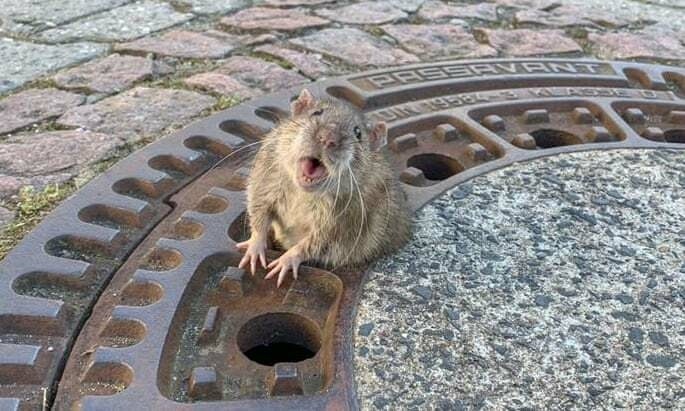 First, a local animal rescuer tried to help the little being. However, he could not cope with the task alone and turned to the firefighters for help. The arrived team, consisting of eight people, managed to help the rodent with their efforts. 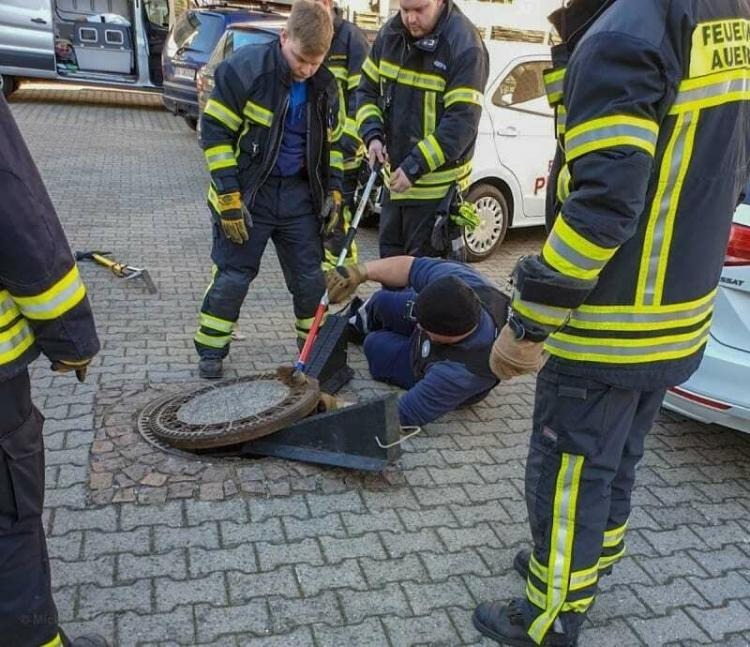 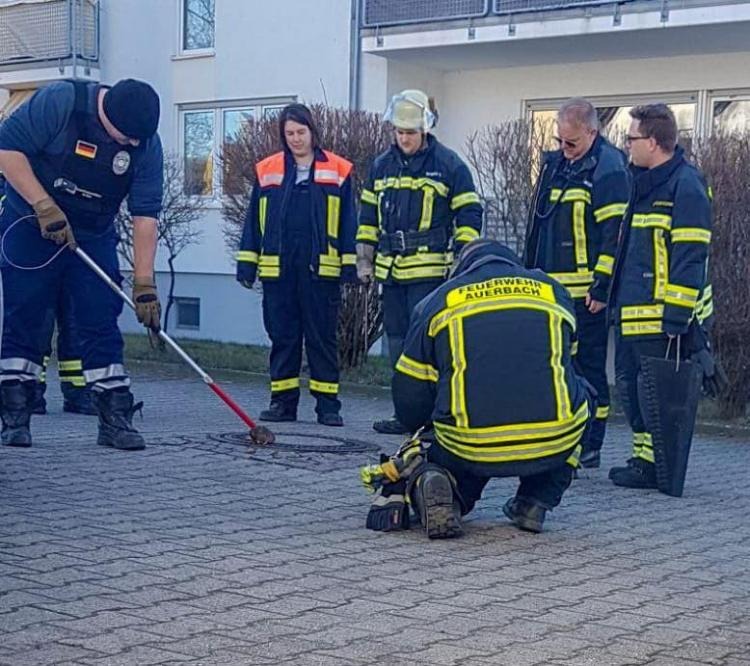 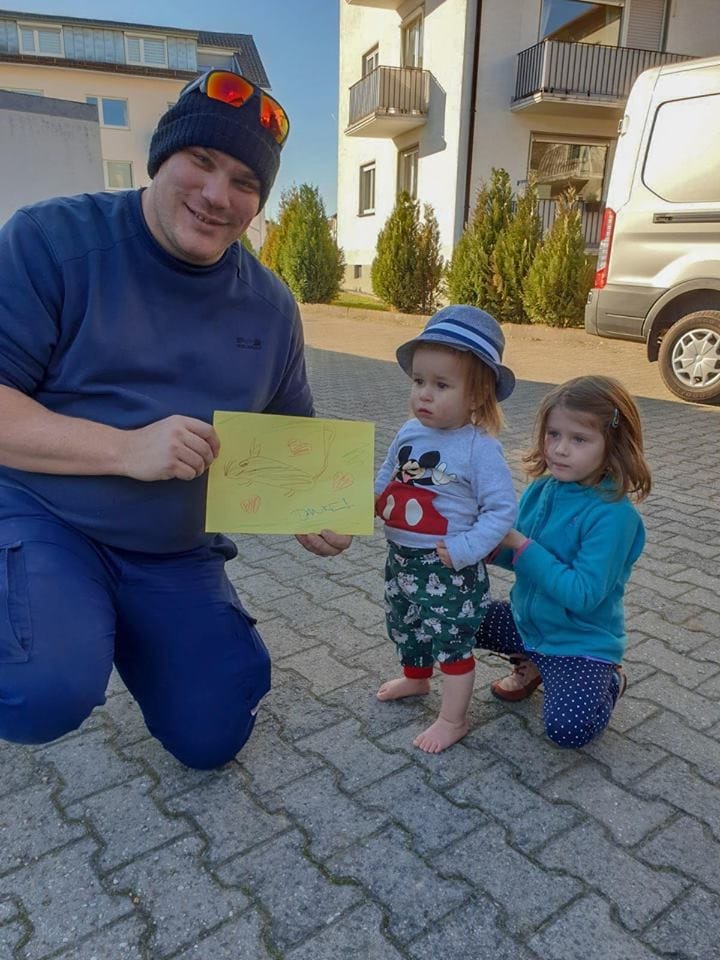 While one of them was holding the animal the other three were lifting the heavy hatchway, and the rest provided moral support to the rat and each other.

Eventually, the hatchway was raised and the animal was freed from its metal captivity. The rat was safely released.

Local guys thanked the firefighters for a long time for saving the little rat. This story teaches that everyone who needs help should receive it.